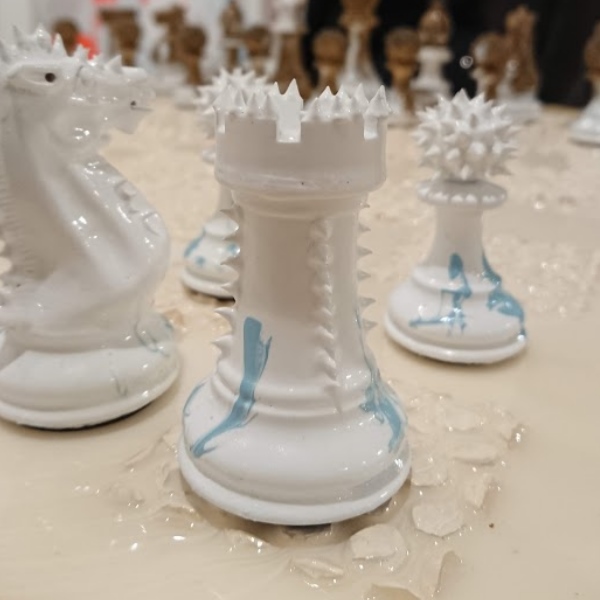 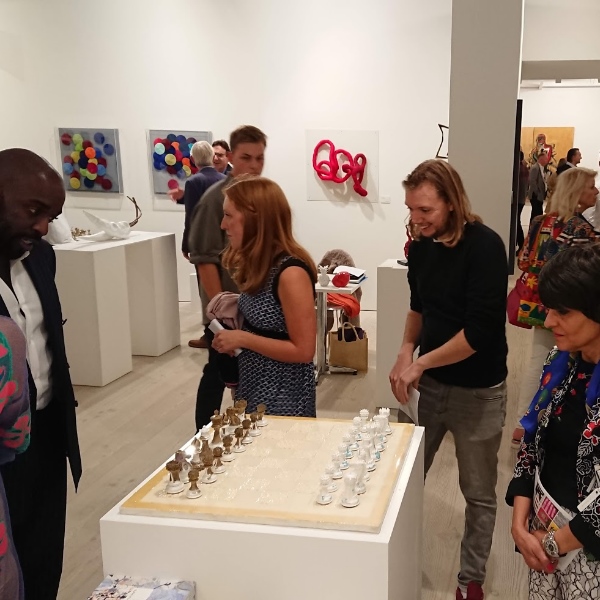 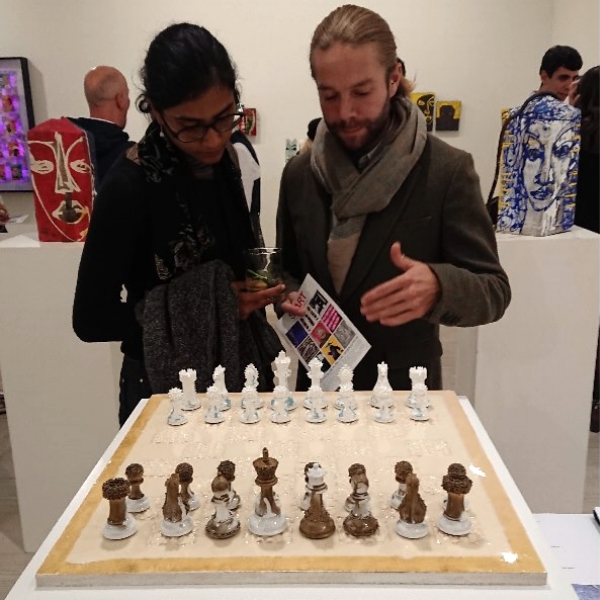 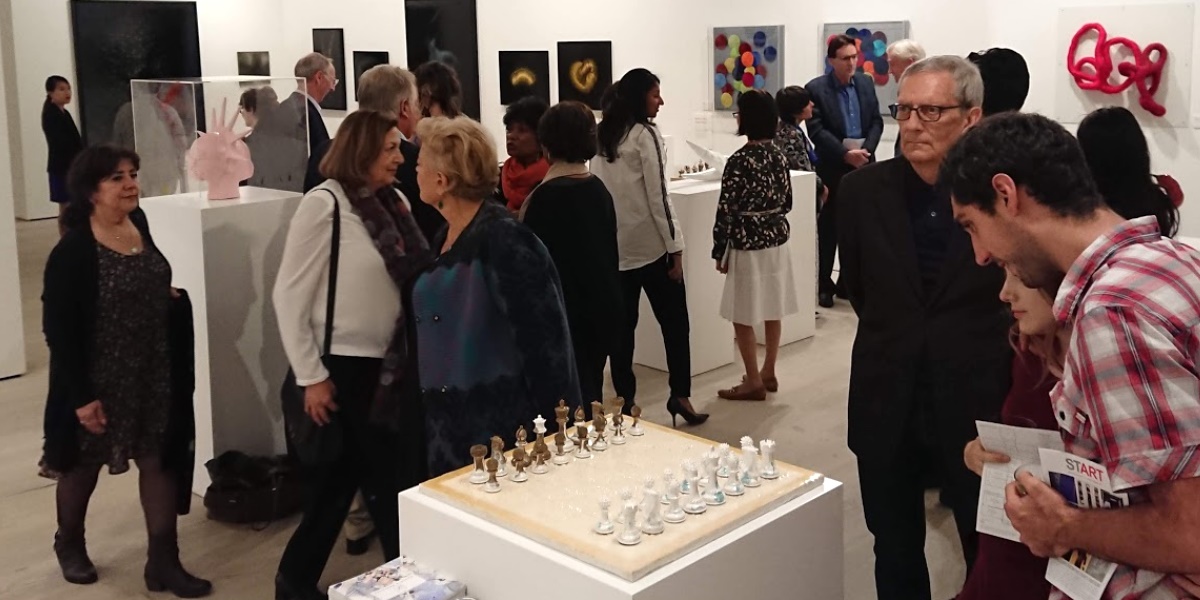 Daniela Raytchev’s thought-provoking and beautiful ‘Metropolis II’ Purling Art Chess set was exhibited at London’s famous Saatchi Gallery. Raytchev was selected for the prestigious Start Art Fair at the gallery in September 2018 for her work around the themes of environmental conservation, addiction and feminism.

Metropolis II is inspired by America’s recent controversial withdrawal from the Paris agreement, which magnified the scale of denial about the reality and dangers of the climate crisis.

Raytchev poses the question as to whether the challenge of the climate crisis can be seen as an opportunity to demand and build a better world?  Climate crisis has consequences not only on the natural world and its weather patterns, including  severe droughts, wildfires, floods and lack of water, affecting food supplies and living conditions, but it also poses a threat to the human rights, with particularly devastating consequences for poorer nations and communities already suffering from inequality and racism. Africa is the home of 7 of the ten countries most threatened by climate change. The economic and social effects are enormous.

Raytchev’s work is gaining more of a political and social character. She addresses her ideologies and support for racial, gender and sexual equality as well as for various environmental causes. As with her past mental health-related works, she continues to encourage honesty, equality, and empowerment of those who are less fortunate or discriminated against, through raising awareness of issues about which she feels passionate.