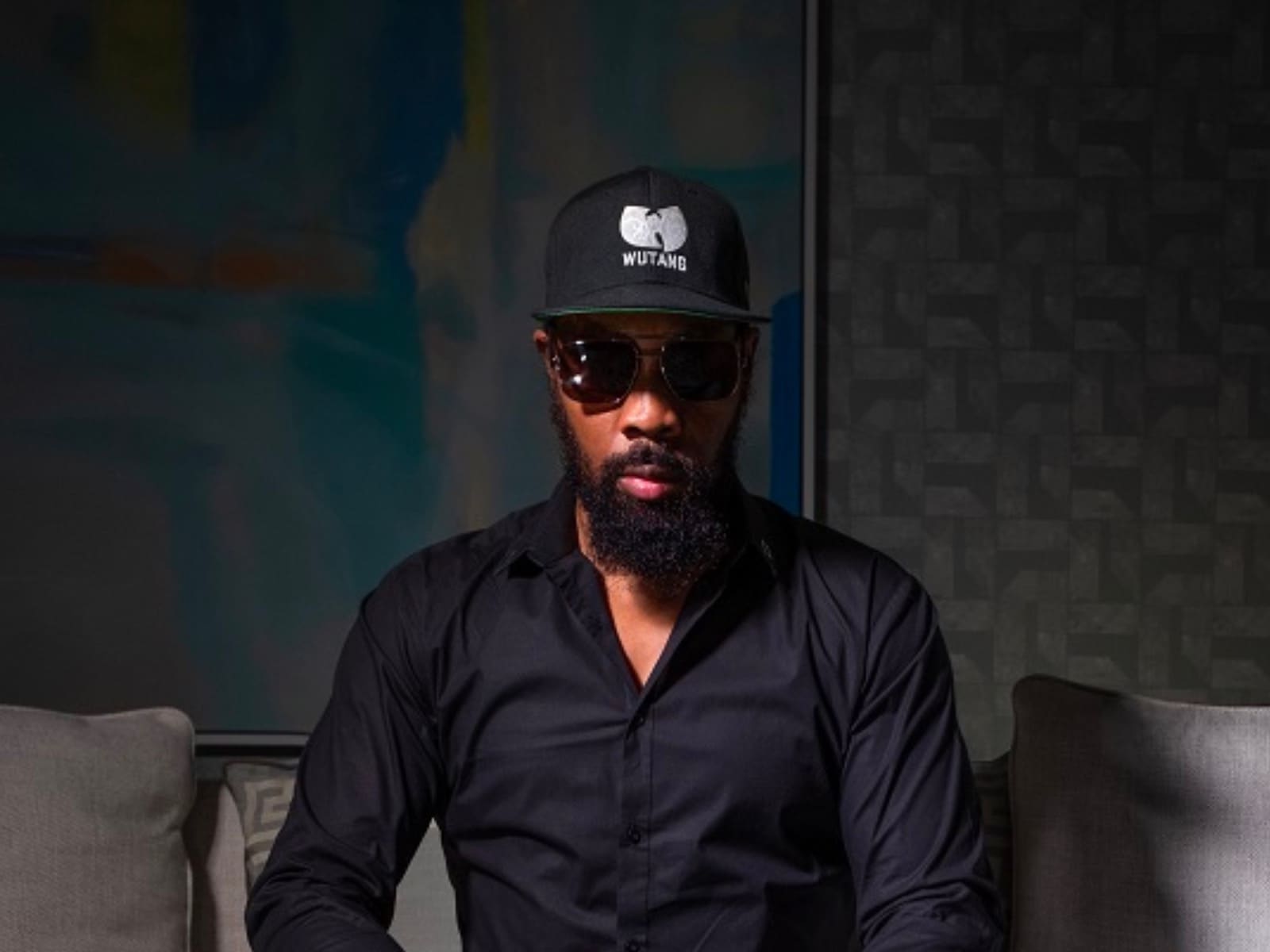 American Grammy award winning music producer, author, rapper and founder of the Wu-Tang Clan, RZA was interviewed by Adisa Banjoko and photographed by Mike Relm. The three men share a passion for chess and music: Banjoko and RZA work together through the Hip Hop Chess Federation; Relm is a pioneer video remix artist & photographer whose work is often inspired by the game.

Adisa Banjoko interviewed RZA for Chess Life Magazine (which you may remember from Netflix’s ‘The Queen’s Gambit‘), in which they discussed the Shaolin temple, kung-fu, hip hop and chess. RZA started learning chess at the age of 11 and it has been a strong influence in his life and artistic work. For the Wu-Tang Clan and RZA, chess is part of the “Wu essence”. In ‘The Wu-Tang Manuel’, RZA states. 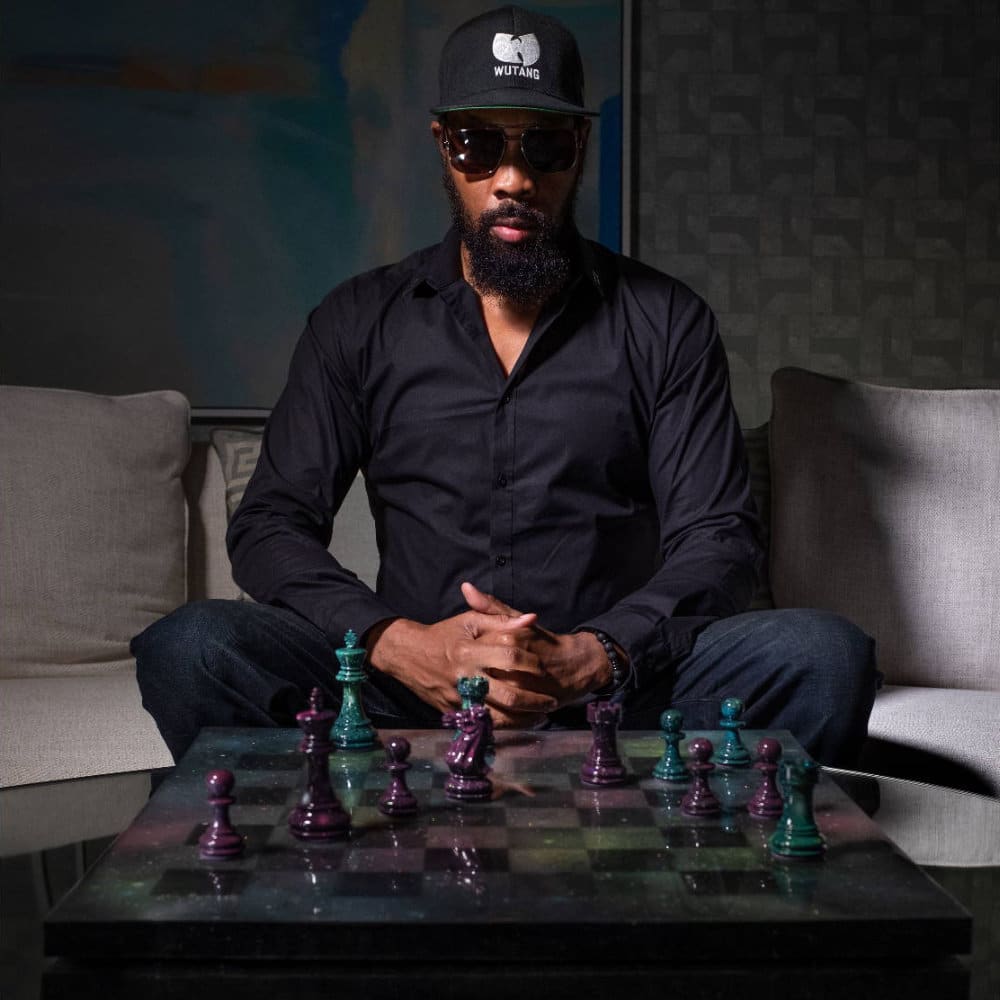 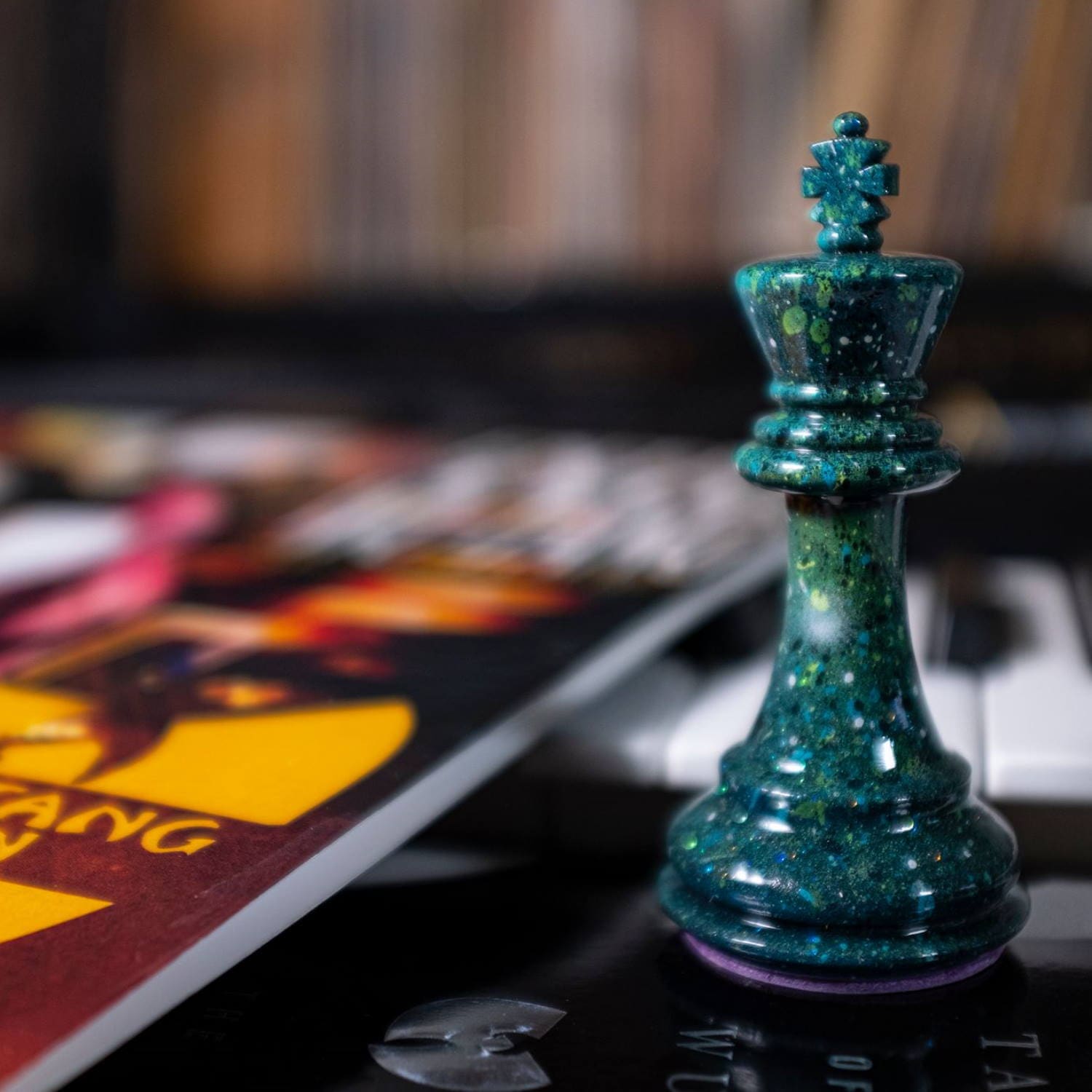 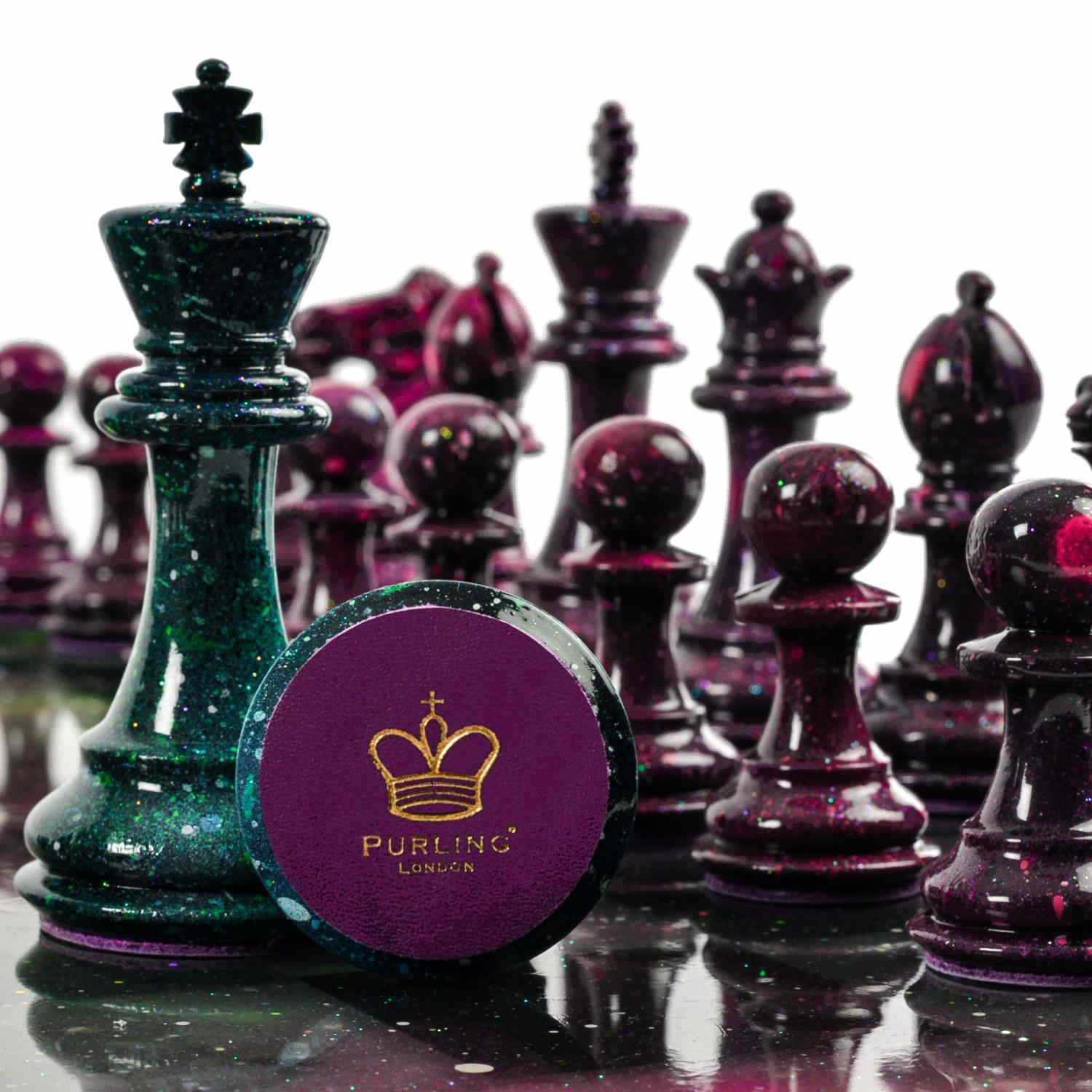 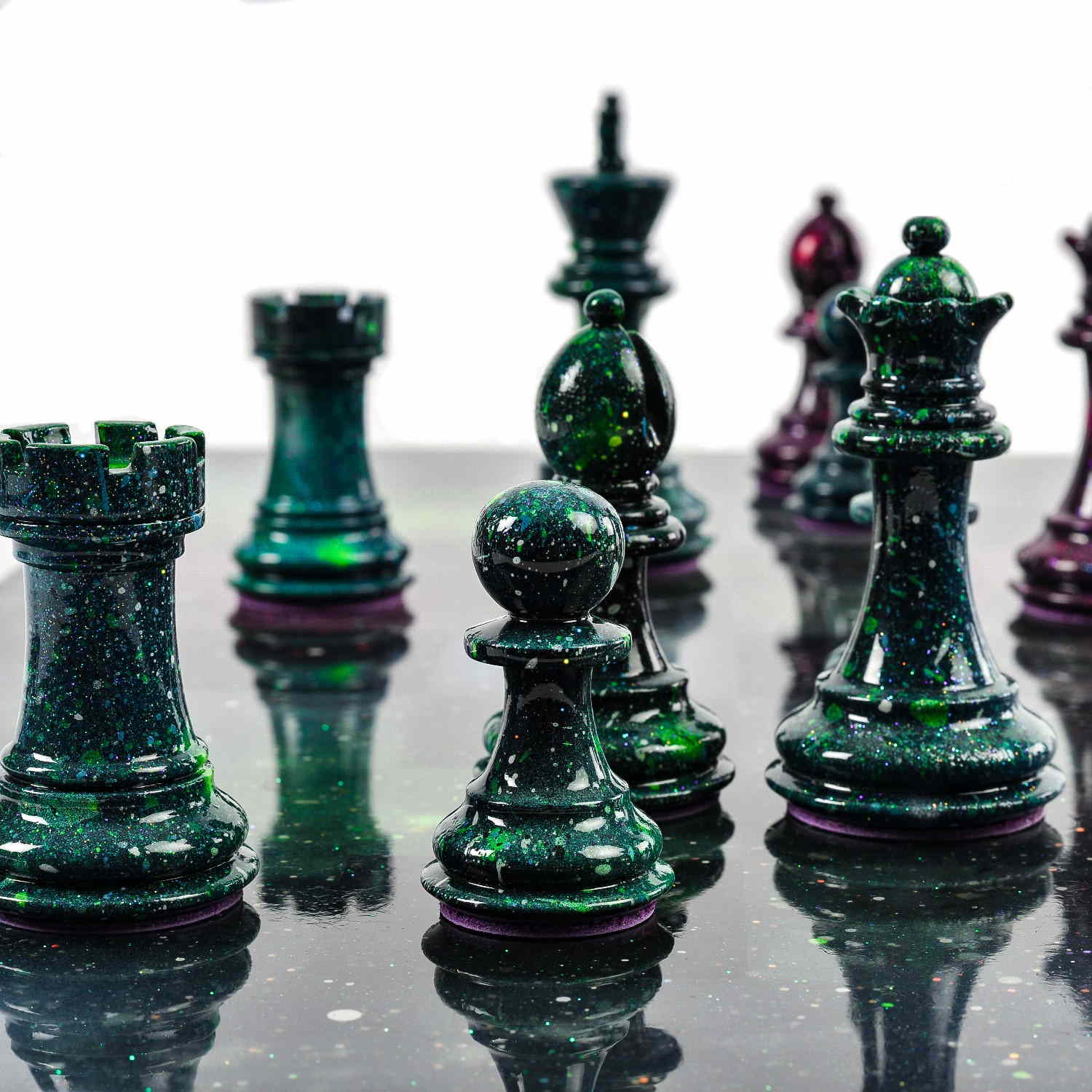 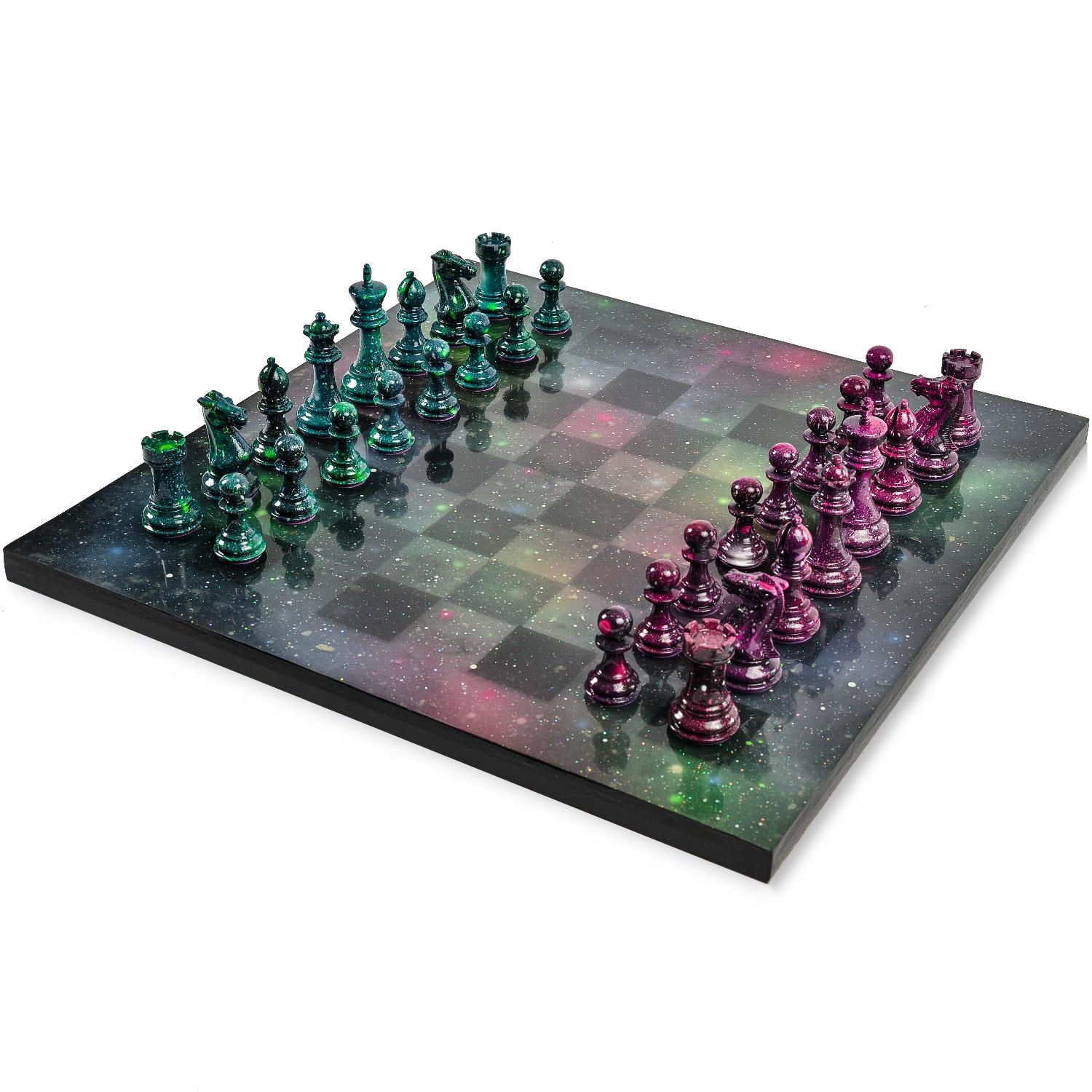 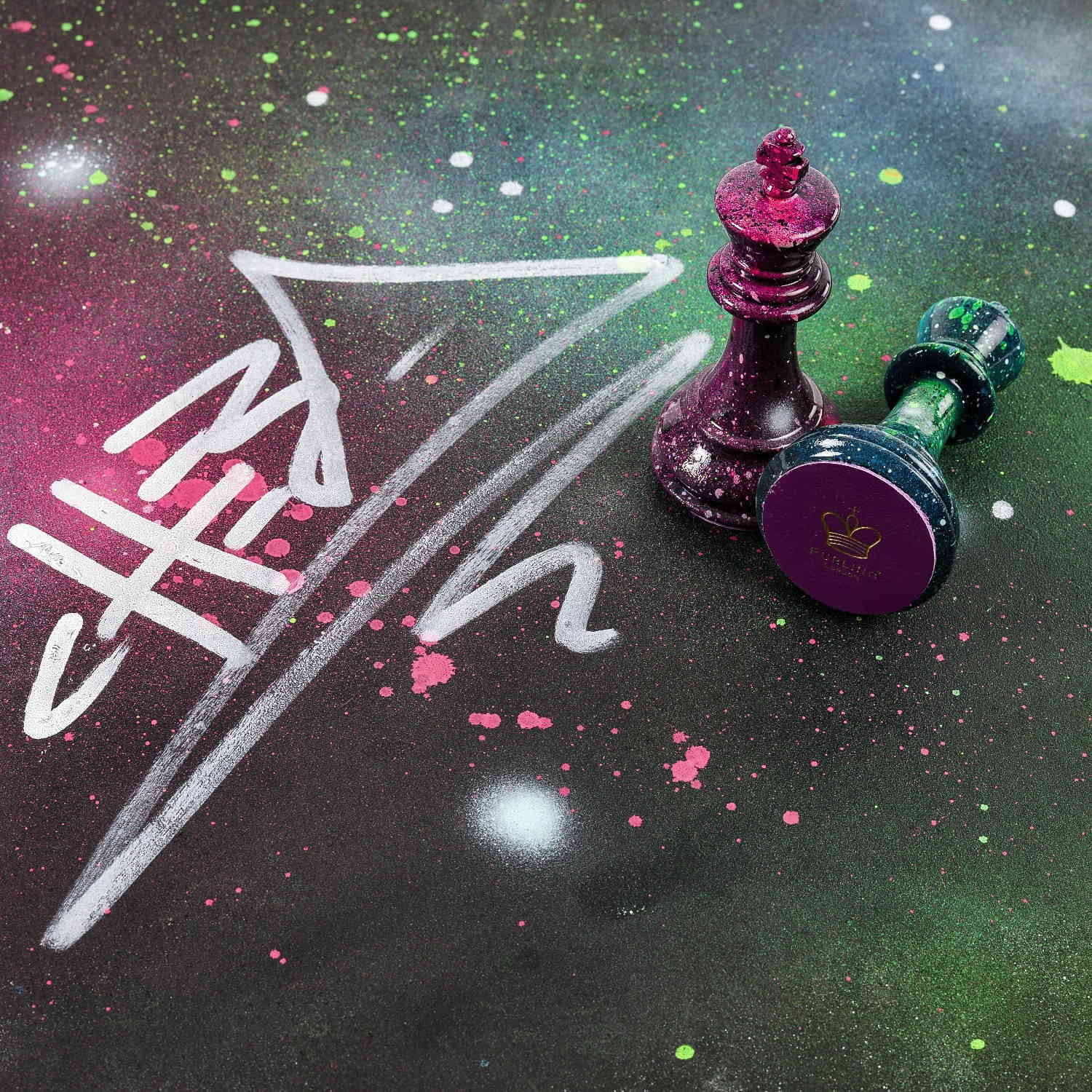 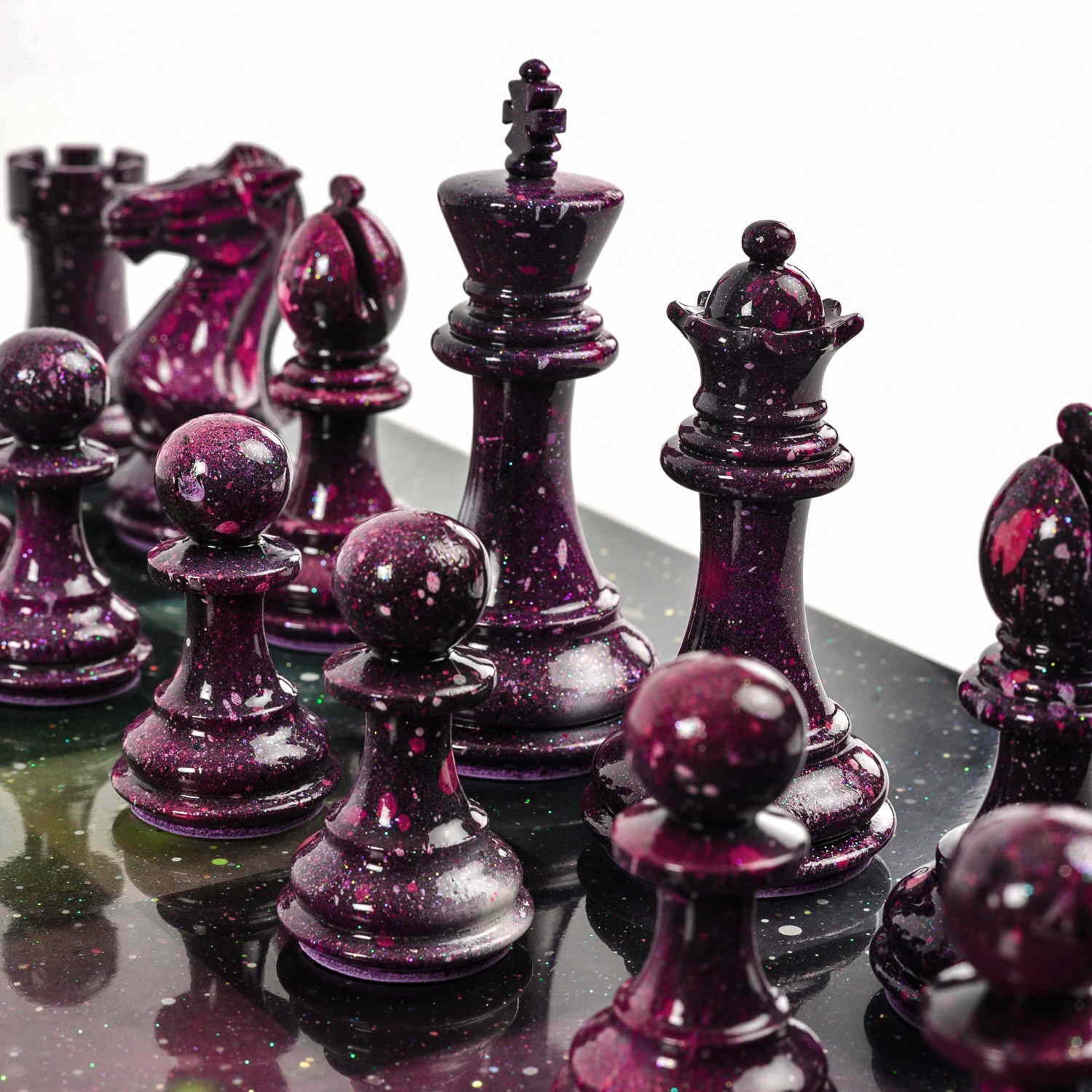 "It’s a game of war–it’s about battle. And Wu-Tang was formed in battles from challenging each other."

In 2009, RZA met and was mentored by the late American Chess International Master Emory Tate. For the photoshoot with Mike Relm, RZA wanted to honour the memory of Tate by setting up the chessboard with one of the best known games by him.

Adisa Banjoko asked Purling if we would loan an Art Chess set for this special photoshoot. He, Mike Relm and RZA chose a 1 of 1 hand-painted board by UK street artist Cheba. It’s an art work inspired by galaxies with planets, stars and swirling nebulae in the semi-translucent chess board.

We are so pleased to contribute to this iconic interview and photoshoot with RZA. Our heartfelt thanks to him, Adisa Banjoko and Mike Relm. 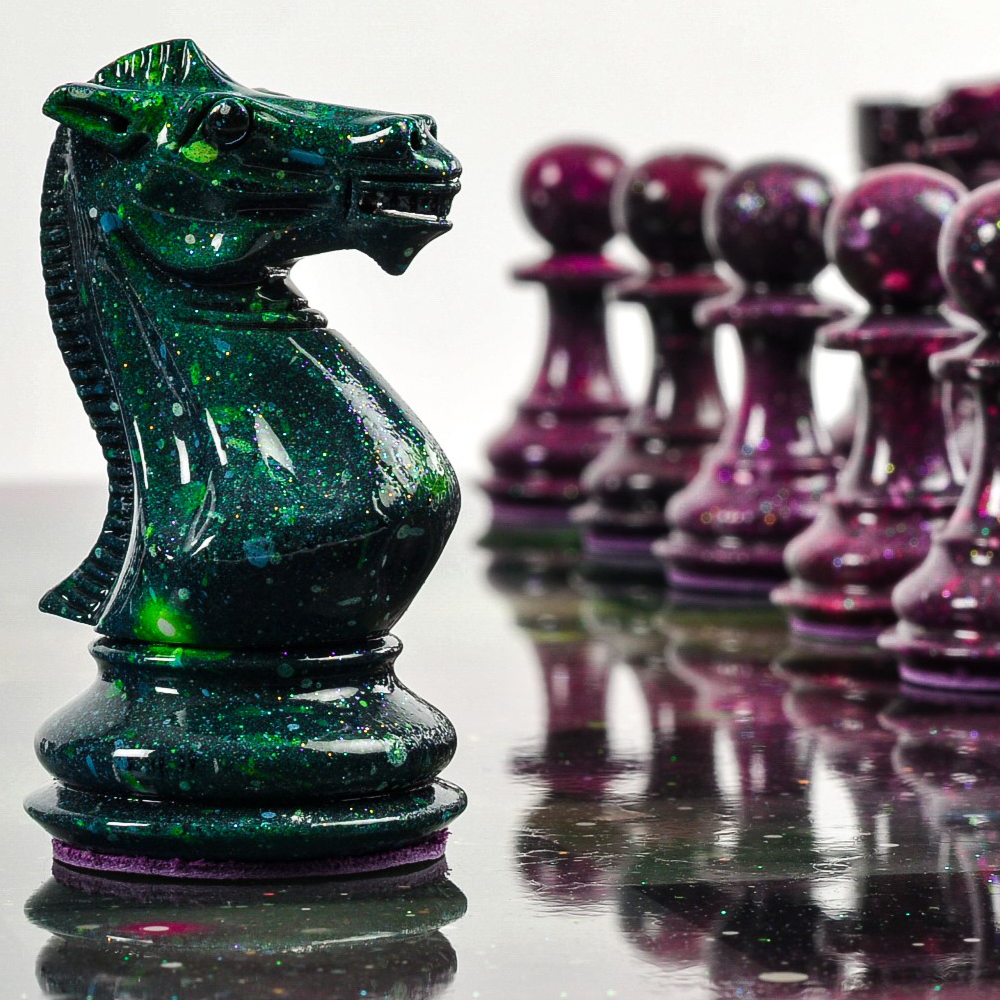